Wallner Vain is a collaboration between British guitarist Will Wallner and Croatian singer Vivien Vain. They met in Los Angeles at the ‘Rainbow Bar and Grill’ on the Sunset Strip and discovered they shared a passion for rock n roll bands from the 70’s and 80’s. It took several years for them to develop as musicians, performing countless shows in the US and Europe. Along the way they wrote and recorded with many legendary musicians who played in the bands they grew up listening to. These recordings can be heard on the album ‘Prototype’, which serves as a prequel to what would become Wallner Vain. 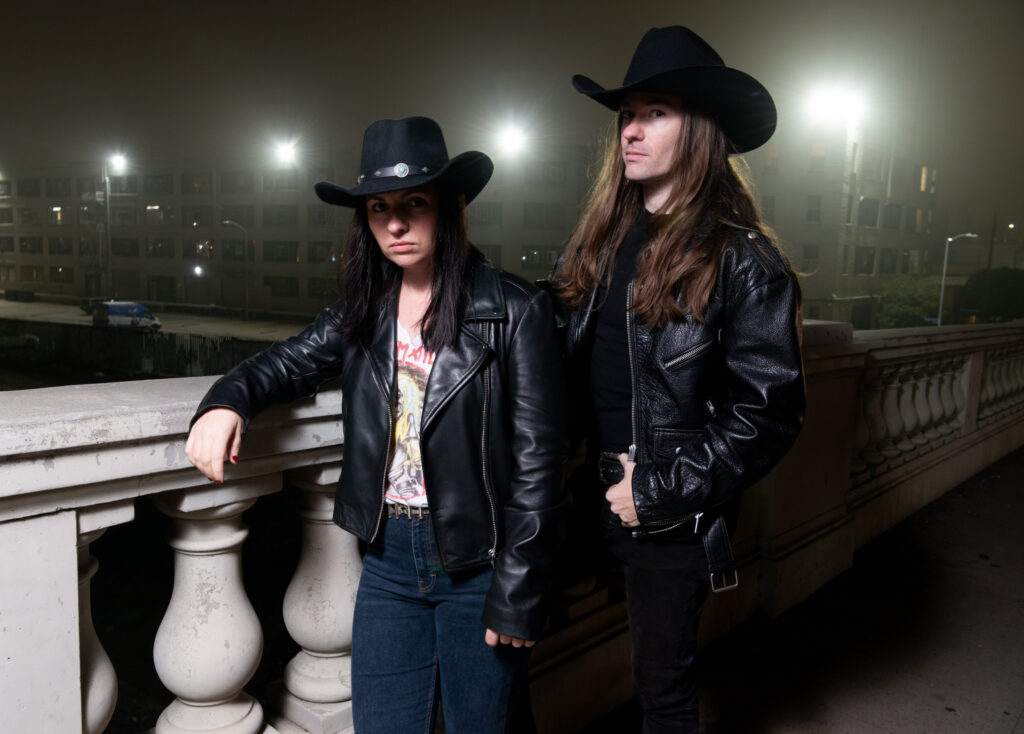 In 2020 the musical duo felt the time was right to attempt to record a great rock n roll album. They moved into a new apartment on the Sunset Strip, right across from the Rainbow Bar and Grill where they originally met. This wasn’t just any apartment, it also happened to be the former home of the legendary Motörhead frontman Lemmy Kilmister. They teamed up with producer Chris Collier, initially recording an EP of Thin Lizzy covers titled ‘The legend Never Dies’ as a warm up before starting work on their new album ‘Duel’.

Songs like ‘Johnny B. Bad’, ‘Pay to Play’ and ‘The Baddest Boy Around’ draw inspiration from the many stories of musicians who come to LA from all over the world to play rock n roll, just like Wallner Vain. While ‘Necrobot’ and ‘Deceive Her’ are straight forward ‘riff based’ hard rock songs. The album ends with Wallner paying tribute to one of his heroes, with a cover of Gary Moore’s ‘ The Loner’ recorded with one of Gary’s Les Pauls through the very same amplifier Gary used to record the original.

It was important to Will Wallner that ‘Duel’ showcase the guitar in a way that was authentic to his heroes. Everything was recorded with a Les Paul through a vintage Marshall stack at concert volumes. There are no plugins, samples, or autotune. This is a real organic rock n roll album true to Wallner Vain’s influences. ‘Duel’ was completed in 2022. Stay tuned for more!