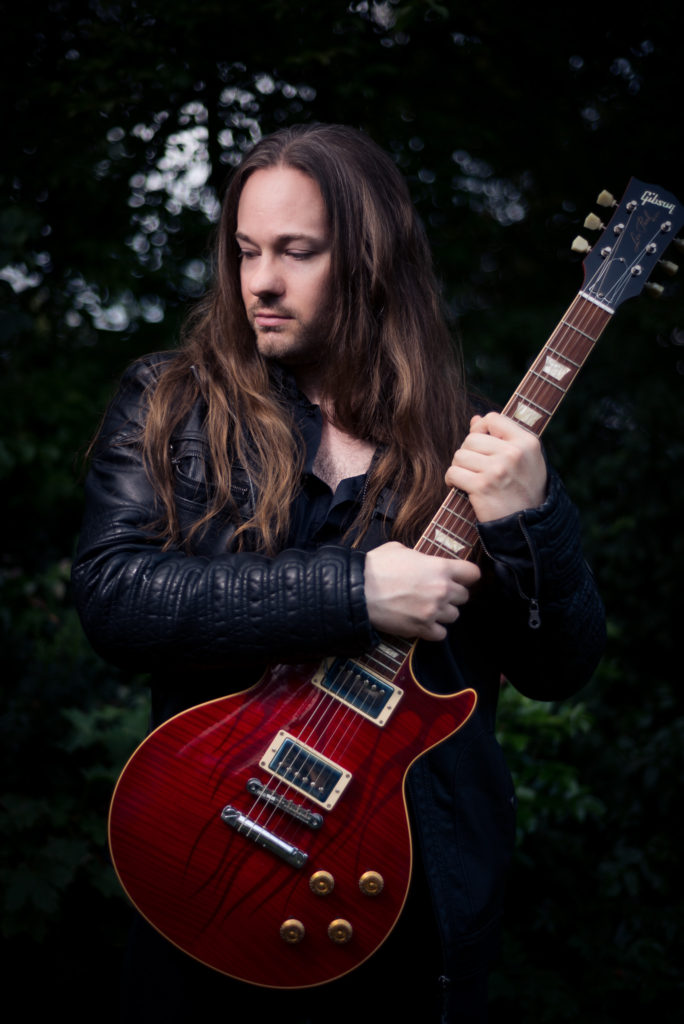 Will Wallner is a musician, entrepreneur, and author. He grew up in South West England and spent many years living in Los Angeles as a rock musician. He loves nothing more, than to spend time with his animals, or to plug a Les Paul into a loud Marshall amplifier. Whether he’s recording new music, starting a new business, or writing a new book, he is always in the process of creating something new, that is what inspires him.

I grew up in Devon, England, surrounded by beautiful green fields and lots of sheep. While I was a teenager, studying at Colyton Grammar School, I discovered my love for rock music and started to play the electric guitar. Ritchie Blackmore, Eddie Van Halen, Gary Moore and John Sykes became idols of mine, and I would spend many nights, alone in my bedroom, learning the guitar solos from my favorite players. In 2008, immediately after graduating from the University of Portsmouth, I flew to Los Angeles with my guitar in one hand, and a bag of clothes in the other, to live out my rock and roll fantasies.

While living in Los Angeles, I began playing with many local bands and would perform regularly on the ‘Sunset Strip’ at clubs like the Whisky A Go Go. Over the years, I progressed to playing with touring bands, and eventually would tour all over the world. The highlight of this time was playing live in Japan to a sold-out crowd in Shibuya, Tokyo. In addition to playing live, I also recorded a lot of my own music with many great musicians including Don Airey, Carmine Appice, Derek Sherinian, Neil Murray, Tony Carey, Vinny Appice, Jimmy Bain, Rudy Sarzo, Tony Franklin, Brian Tichy, and many more. There was nothing I loved more than making music, but after living in Los Angeles as a musician for 5 years, I was completely broke and needed a change of scenery.

In 2014, I moved to Berlin, Germany, taking a break from music to enter the ‘Live Escape Game’ industry. I started my own business and opened Escape Game locations in Brighton, England and Berlin, Germany. For the first time my life, I was financially secure and able to pursue my life’s passions. In 2015 I walked into the Berlin Animal Shelter (Tierheim) and asked for the oldest dog who had been there the longest. I left with a 9-year-old Beagle called Louie. I wrote a book about my love for animals called ‘The Howling Company’ in 2015.

After a few years of running two successful companies, and living a very comfortable lifestyle, I faced the most challenging chapter of my life, when my father was diagnosed with pancreatic cancer in 2017. I dropped everything to become his full-time caregiver and spent every day, for the next 18 months, by his side. As sad as the experience was, it was also very rewarding. Caring for my father during this time, is by far, my proudest accomplishement. On September 13th, 2018, fate was incredibly cruel when both my father Peter Wallner, and my Beagle Louie, died on the same day. Losing a parent will make you look at life a lot differently and I decided it was time, yet again, to make some big life changes.

In 2019, I bid farewell to Berlin and decided the time was right for me to return to Los Angeles, and more importantly, get back to making music and being creative. I’d saved up a lot of money from my business, and purchased the former home of legendary Motorhead frontman Ian ‘Lemmy’ Kilmister in West Hollywood, right across the street from the Rainbow Bar & Grill.

I’m currently living in Los Angeles in ‘Lemmy’s Place’ and working on many exciting projects. I’m writing a science fiction saga and comic book series, as well as a memoir about the years I spent living in Berlin, which will focus on how I achieved financial freedom through my business and investments (#Bitcoin). All of my written work can found in my online store. Most importantly, I’m recording a new album called ‘Duel’ which I hope to release in 2022. Stay tuned, cheers! 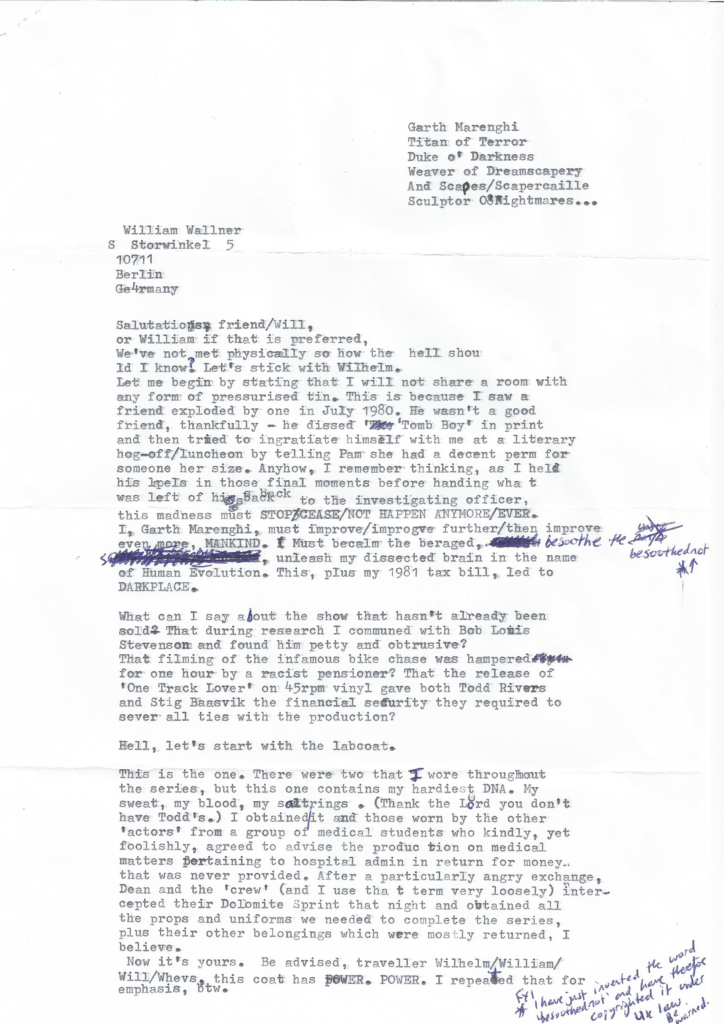 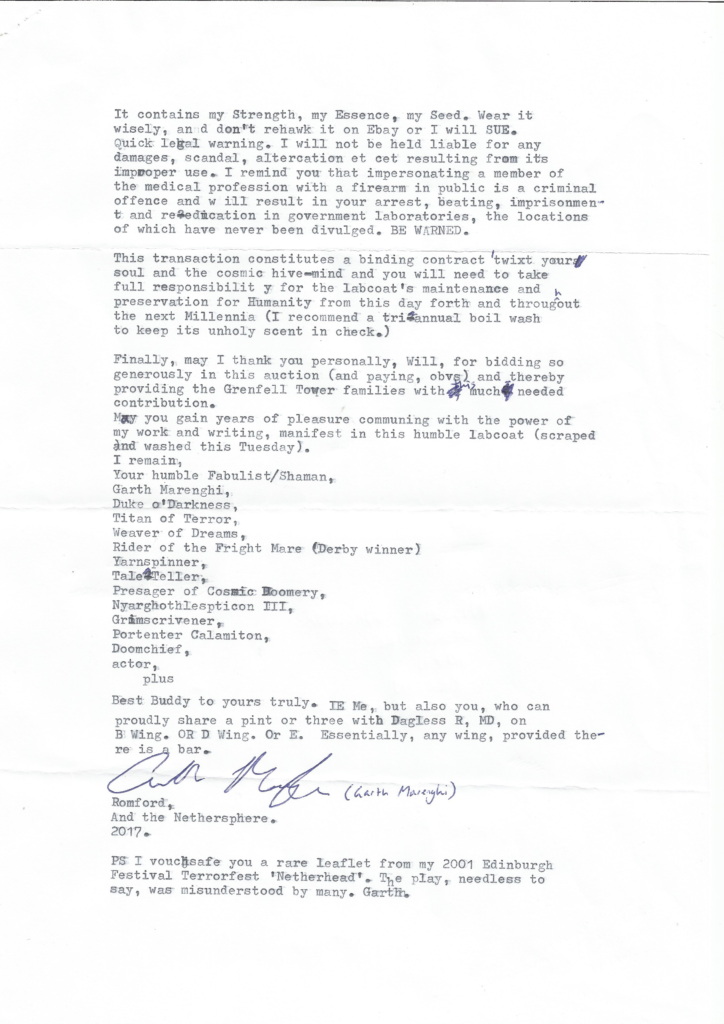