This guitar was also formerly owned by Gary Moore. Gary bought this guitar in 2010 from a music store in Dublin, Ireland. Someone actually took a picture of him with the guitar inside the store on the day he bought it. As far as I know, he only used this guitar for one concert. It sounds great and is quickly becoming one of my favorites. 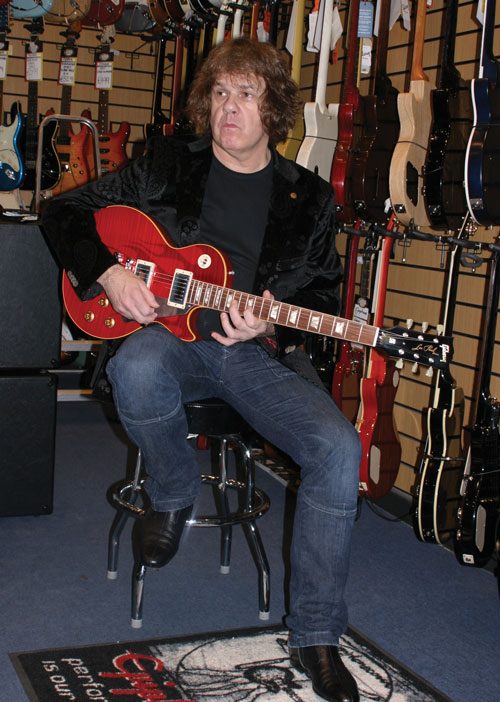 Gary with the guitar on the day he bought it, in Dublin, Ireland in 2010